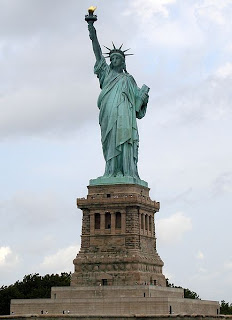 So says Kurt Vonnegut to the babies.
These past few days my heart's been bled dry, my mind near numbed by Saturday's massacre in Tuscon, AZ. I've no relation to any of the victims, but yet, I do. I feel immense kinship toward them, and I'm sporadically driven to tears. One does not need to be intimately involved to feel the impact. We all grieve this loss. We grieve for the families of those killed and injured, the little girl, who could have been mine, at any supermarket, in any state. We grieve the loss of civil days and civil discourse. We are reminded not only of the fragility of life, but how staggeringly dangerous this world is; how insanely violent and destructive humans may be. The utter randomness of things.
But was this event entirely random? Could it not have been prevented? What kind of steps will we, as individuals and a country, take to prevent these senseless (and too numerous) tragedies from occurring? Is there nothing we can do? I'm afraid of the answer, because I fear that this slaughtering will bare little consequence, will not move this nation, its people, to change.
As details of the story unfold, the twenty-two year old gunman is described as mentally ill, a ticking time bomb whose motive remains unclear. The shooter most likely would have perpetrated violence no matter the reason. He's the same guy who shot up Columbine High School, bombed Oklahoma City's Alfred P. Murrah building, riddled Virginia Tech's campus with lead. He needs no motive.
But one cannot deny that political (or otherwise) vitriol is fuel for fire. All hate mongering is, and vitriol in any form is nothing short of this. Still, in the aftermath of last weekend's tragedy, the rhetoric continues—partisans denying blame, flinging accusations; using the event to discredit each other. However, whether the assassination attempt and killings are politicized is beside the point. It happened, as this kind of wickedness inevitably does with many a loose cannon. It would have happened in or outside of this particular framework.
The point, quite simply, is that there is too much ugliness in the world; so much so, that we ought to behave in such a manner as to diminish as much odiousness as possible. We ought to act more civilized. We ought not tolerate vitriol from our elected officials, our national representatives who speak for our country, are our face and voice, the embodiment of who we are as a nation. You and me. 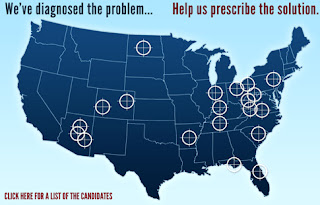 Can you imagine what people think when they see bullseyes painted on a map of the USA, and are told by a former governor—a celebrity and hero to some—that the areas (and their politicians) marked by a bullseye are targeted, prepare to lock and load? Some may think nothing. Some may laugh. Some of us are so desensitized that we don't flinch when we see the graphics or hear this kind of rhetoric. Some are in denial, think our words and actions have no effect. But others, others are appalled. Others are concerned and angry, because they understand how this conversation, these actions, divisive declarations, chip and fray and corrode the moral, ethical elements of this nation, and of each other.
The fact that this particular dialogue has been accepted doesn't mean it should continue. It needs to end. And I've one thing to say to these politicians: You may have the liberty to exercise Free Speech, toxic political rhetoric, under the First Amendment, but you have the Free Will to not do so. Choose wisely, please.
I cry as I write this, I cry when I see the quizzical expressions on my children's faces, when they beg for answers where there are none. None. I want to offer them the same advice Kurt gave to babies, I want to say, Just be kind, damn it. No matter how much it pains you, be kind. It won't fix the evils of the world, but at least you'll know you played no part in them. 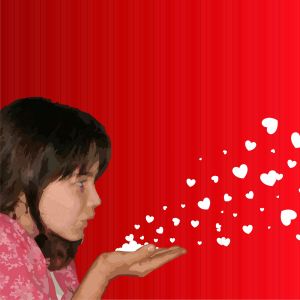 A nation's culture resides in the hearts and in the soul of its people.
~ Mahatma Gandhi
Posted by Jayne at 4:25 PM

Email ThisBlogThis!Share to TwitterShare to FacebookShare to Pinterest
Labels: America, It wasn't like this when I was growing up, paradigm shift, Politics