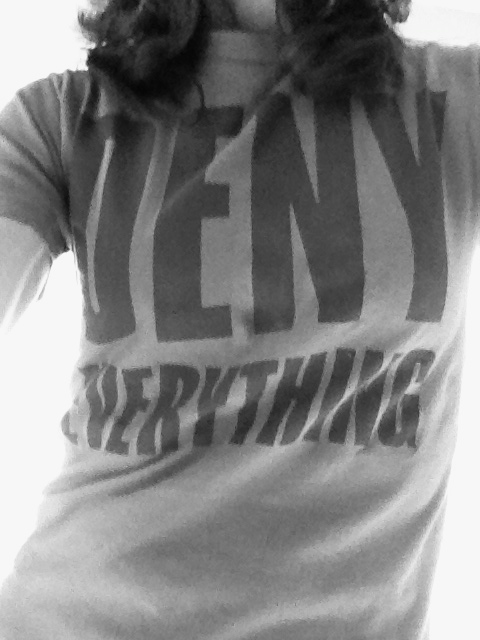 Look, with an album named Mr. M, cryptic lyrics hidden therein, boys slinking about their own island, scratching and whispering, mocking emotion, well, it seems this evening calls for the proper attire—though, the Suburban Soliloquist is having difficulty locating her black Ray-Bans. (Maybe that's because she doesn't own black Ray-Bans.)

But she's got the T-shirt and she's guessing the geeky Kurt Wagner wouldn't mind her slipping it on. Not at all. Especially if she were pouring him a glass of white. Which she is. He will arrive, Wagner, yes, this very night (tell her traveling hubby and she will deny it), but she can't tell you when or how, or else...

And because the Suburban Soliloquist is in the midst of packing (of which she can't, or won't?, again elaborate), and feels at this moment that she can say it no better, she will permit the Village Voice—which does not hide, scratch or whisper—to speak for her. But first, she'll tell you this: Lambchop is a band. True. Lambchop is  also a...


...vanishingly rare band allowed to exist over several geologic eras of pop-culture time, pursuing a singular, demented muse. Lambchop is an island, removed from the squalor of everyday world, so terrifically inscrutable that you even start looking for significance in their name: not pork chop, but lamb chop. Surely that must mean something.

Mr. M is, at once, one of the band’s most open-hearted and acidic records. It opens with a flourish of strings that invoke memories of Frank Sinatra’s great, gloomy indigo-jazz records with string arranger Nelson Riddle. The clothes are old ones, slightly threadbare, and they are ones Lambchop have a winking relationship with, dating back at least to 2001′sNixon. You can smell the used-record-sleeve on them. And so, apparently, can Wagner, something he’s quick to draw your attention to. When he enters the song, he appears to be both commenting ironically on its motion and somehow directing its action: “Grandpa’s coughing in the kitchen/ But the strings sound good/ Maybe add some flutes/ And how do get the cups out from over there?”

Lambchop - If Not I'll Just Die by MergeRecords

The wine tasted like sunshine in the basement.  (For some peculiar reason, this little nugget nudges the Suburban Soliloquist to reach for her 1960s flashcards.)

What were they doing in the basement? Hmm...

Wagner, and his pretty, pretty Lambchop. How they do it they'll never tell.

(To be honest, er, um, the Suburban Soliloquist has no secret information, she's not even sure who wrote this post.)

(But, the wine did taste like sunshine in the basement.)
Posted by Jayne at 9:50 PM