Friday Night Frolic — To Hadestown and Back

“We look at the world once, in childhood. The rest is memory.”
~Louise Glück 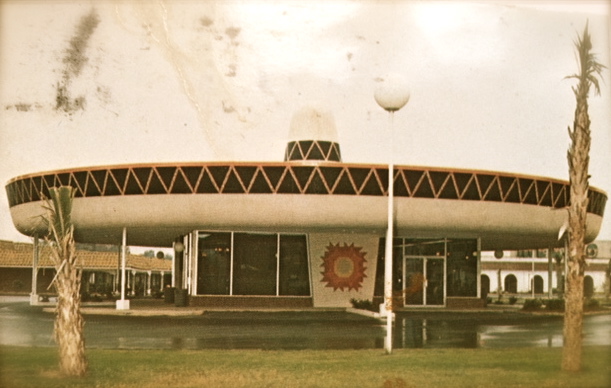 She'd been there twice. Once, in her early twenties, on a cocaine and booze fueled road trip to Florida. Later, as a mature mother with children in strollers. South of the Border is as grey and wonky as it looks on the thirty-year-old postcard whether one is stone-cold sober or stardust-spangled high, and she tries in vain to remember the man who sent it to her that briny-breezed May of 1982.

She was in her senior year of college—the year she lost her bearing and went astray. Her housemates worried. Up 'til then, she had merely flirted with drugs and alcohol. Or so she thought. Evenings were often equal part studies and getting stoned. She'd close the books and walk down to the beach with a pitcher of kamikaze mix, sit on the seawall and dreamy-stare at the curly waves frothing at the shore. Or she'd slip into a happy hour, which was as easy to find as the steepled churches that hugged nearly every street corner of her Franco-American hometown. There, in those sticky, beer-crusted shrines, or on the beach with her pitcher, she found hollow comfort from the demons that haunted her.

But this guy, where had she met this guy? Why had he sent her a post card? She'd hardly known him. And he was sure to have been as much trouble as the man for whom she'd left the nice guy. She must have known this, somehow, in those hazy days of painful insecurities and indecisiveness, she must have sensed a danger. Even then, a doubtful girl, she was determined in her ways.

Blond hair, on the longish side was all she could evoke. Maybe a house party, dancing to Human League's throbbing, synthesized  music—Don't you want me baby, don't you want me, ooohhhooo—black lights, cigarette-smoke and stale-beer infused furnishings...

He went to Key West. She knew this only by the Sloppy Joe's postcard he'd sent previous to his South of the Border note. It's all she remembers. Does any of it really matter? Back then, she'd settled into a long, bleary underworld siesta from which she feared she wouldn't wake. 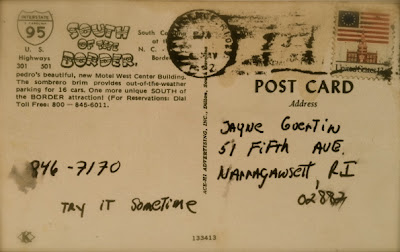 But she did. She woke in time to keep herself from dialing the number.


In her fifth and latest release, Hadestown, Anaïs Mitchell, with her sweet Goldie Hawn-like persona and distinctive voice (an Eartha Kittiness quality to it) sings, with her Hadestown Orchestra, about love, sorrow, regret and displacement in a refreshing rock-opera based on the popular Greek myth of Orpheus, Eurydice and Persephone, only set in a post-apocalyptic American depression. (Sounds scary-familiar?)

Along with Mitchell as Eurydice, the cast in this opera includes an impressive list of voices and musicians: Justin Vernon (Bon Iver) in the role of Orpheus, Greg Brown as Hades, Ben Knox Miller (The Low Anthem) as Hermes and Ani DiFranco as Persephone.

Find out more about the Vermont-born and based Mitchell at her official website.