The Edge of Arnold Mills — A Photo Essay 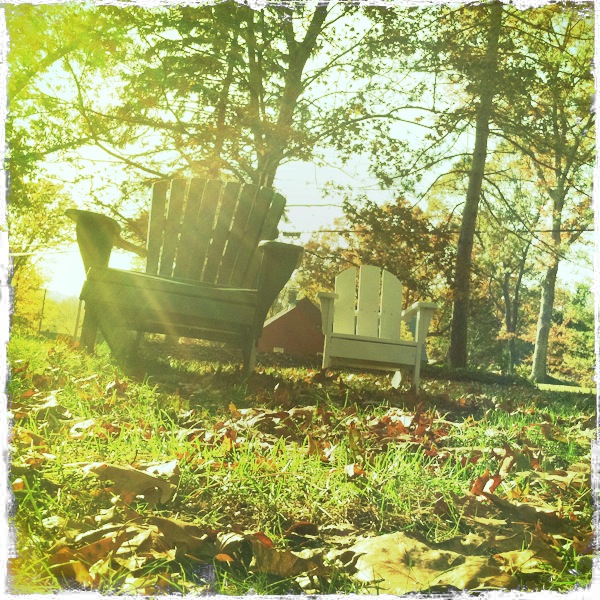 An Indian summer brings two days of consistently warm and glorious sunlight in which to ramble the oak, pine and chestnut-lined streets of my neighborhood. Yesterday, I strolled along the roads at nearly two o'clock in the afternoon when the sun is ordinarily high in the blue, yet it seemed to list a bit too far to the west, a reminder that all the worlds' (save for a few renegade countries) time pieces were set back an hour this past weekend, so I was, in actuality, walking and photographing fall scenery in three p.m. sunlight—if that makes sense at all.

Today, I set out earlier, at about noon-time, to capture more iPhone snapshots in one o'clock sunlight. (Is it too obvious that I'm wrestling with the one hour adjustment and that I'm smitten with the Hipstamatic application?) 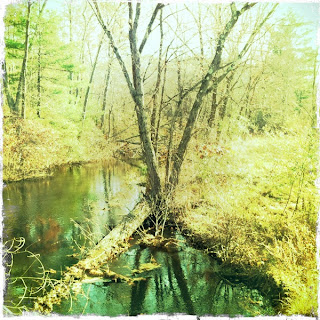 The town in which I live was settled nearly four-hundred years ago by a bull-riding Englishman, William Blaxton (Blackstone), who was the the first farmer to cultivate Rhode Island apples. His Yellow Sweeting was the first American apple to be named. (Blaxton was also the first to plant an orchard in neighboring Massachusetts.) His orchard, like so much of the old farmland in this town, was later developed for non-agrarian use.
Braxton was known to journey into Providence on the back of his commuter-friendly white bull, tossing apples to children along his way. Imagine waiting for the Apple Man, his pockets stuffed with Yellow Sweetings, to breeze by on his snowy bull each Wednesday afternoon. Yet the gregarious man, supposedly, sought solitude in this once bucolic town. 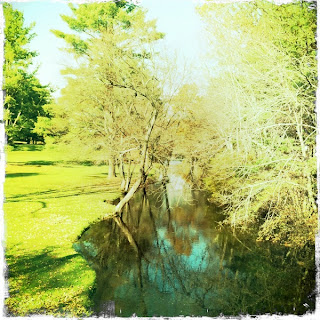 The street on which I live, I've been told, is an old gravel pit, which is hard to imagine as abundant fern sprouts along the brook that passes through my backyard (that is not my back yard, above) and among the broad tracts of wetland in this northern pocket of land. The yard borders an area known as Arnold Mills, which many years ago was surely a mix of forest and farmland, dotted with ponds and streams. Though much of the town is rocky, and white quartz is easily found in its park. (Diamonds! the children shout.)
Years ago, good portions of the southern part of town were industrialized with mills and iron works, especially along the Blackstone River. Cannon balls were once forged here for the French and Indian War, as well as the American Revolution, and the first power looms for American woolens were made in a local machine shop. Here, was the original home of the Valley Falls Company, an old textile manufacturer and precursor to Berkshire Hathaway. 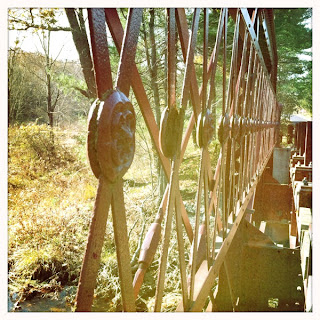 The mills (except for retail operations) and iron works have since closed, so when this old bridge was in need of refurbishment a few years back it was shipped to New Hampshire for proper restoration, and the road was closed for nearly a year. It's one of two beautiful wood and trussed bridges adorning the quiet country road on which I meander.

From the now near barren woods below, which border the country road, you can almost see my home. 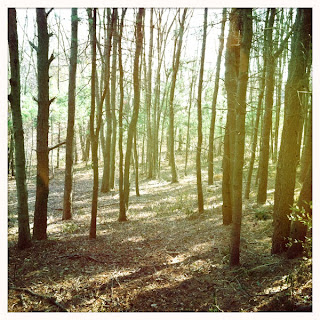 I want to run through the old pines and deadwood. But I don't. I'm still thinking about the empty Adirondack chairs placed in the side yard of a pretty colonial, wondering about the father and son that might have been sitting in them, freeing chestnut's from their spiky pods. I wonder if they made weapons of them, or roasted them in a prematurely-lit Sunday afternoon fire.

I'd better haul some wood inside. Indian summers are sublime, but fleeting.
Posted by Jayne at 6:27 PM