"Friday Night Frolic" - Turn It On, Turn It Up, Turn Me Loose! 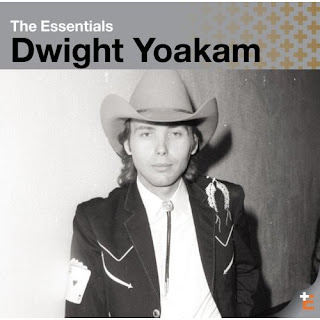 Remember this guy from Sling Blade? He's had more than a few stellar moments on the big screen, but the stage is where he really shines.

In 1989, a few years before we were married, I introduced my husband to Dwight Yoakam (er, his music, that is). I remember taking Dwight Yoakam's debut album, Guitars, Cadillacs, Etc., Etc., (in audio cassette form) out to Chicago with me; couldn't wait to tell Michael about this Kentucky cowboy. (You see, I had finally found a music artist that he hadn't yet heard of! A near impossible feat.)  I didn’t much like Country music then, still don’t for the most part (except for Cash, and the sublime Emmylou Harris), but Dwight—he was different. He had that hat. And the tight jeans. The pout and the swagger. Let’s just say, he was sexy—is sexy—an understated Mick Jagger and Elvis Presley. And then, years later, we saw Yoakam in Mansfield, and I was transfixed.


But Yoakam's music was more than Country, it was his own version of the rough-edged Rockabilly sound from the 1950's (think Elvis, Johnny Cash, Buddy Holly, Roy Orbison and Jerry Lee Lewis), greatly influenced by his personal hero, Buck Owens. It was a new sound: Honky-Tonk. Hillbilly. And did it rock!

It's been more than twenty years since Dwight's songwriting brilliance transformed the Country music scene, introducing a whole new generation to a unique and contemporary Country sound, and influencing many young artists. He's still cranking out new tunes and keeping a hefty tour schedule, and his music is as exciting as ever.

If by any small chance, you don't have a lick of Dwight Yoakam, you may want to start with The Essentials—a compilation of the most rockin' rockabilly songs out there (and click on the link below for another taste of Yoakam).

Whoot, whoot, holla... the boy's got some mad skillz. Pull up those cowboy boots, channel that inner-hillbilly. Hey Mister, turn it on, turn it up, turn me loose!
Posted by Jayne at 12:08 PM