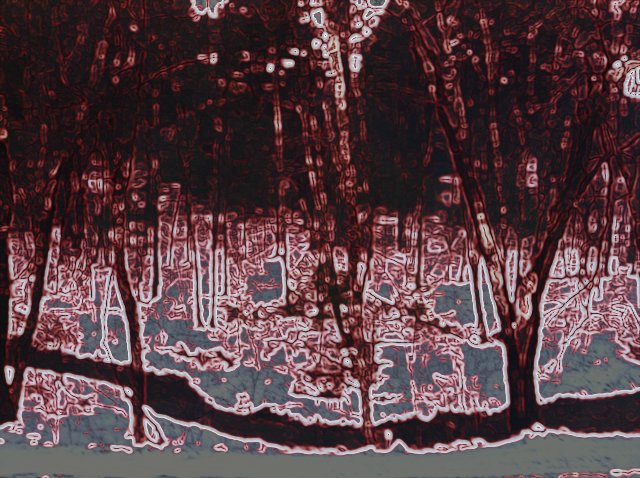 Well, I have to be honest. I'm not up to tricks today. The damn migraine is back and and the double doses of magnesium and vitamin B-2 aren't worth the space--never mind the clamor--in which they digest. I should demand a damage deposit from them, but, as it is, they're never on time with the rent.

I'm hitting the hard stuff. And the lights will be out any moment now, so, please forgive my lazy self, but there's nothing novel here today. Nothing.

I'm just going to reroute you to this original piece (go ahead, click there or here) to give you a more, um, poetic sense of how I really feel.

And while I'm drifting along this turbid visceral stream of consciousness I might as well mention that nasal lavage is highly overrated, the new Facebook timeline profile gives me vertigo (do not attempt opening when stricken with cephalalgia), and, so I hear, creative writing is "therapy for the disaffected masses." Having taken many creative writing workshops I admit that I agree with Shivani's (who is this guy, anyway?) assessment of the workshop as a mild form of hazing. (Especially the grad school sort. Ouch.) Reading the greats might prove more instructive.

Aren't I a regular killjoy?

But wait, isn't all writing therapy in one form or another? How can anyone write, or read for that matter, anything without attaining even the smallest measure of growth, awareness and insight?

Seems I'm no longer drifting. No, I'm beating back the biting currents of this stream. (And once again resorting to alliteration to do so.)  I must be listening to...

The great improvisors, straight from Beantown and better yet, a string band! (you forget, Berklee is also in Beantown), the incomparable, the virtuosic, the crazy-crazy talented...


Joy Kills Sorrow band members met through the folk music scene in Boston, all having lived there at one time or another. They are classically trained musicians who create intricate and beautiful arrangements.
Emma Beaton's take-charge melodious pipes seem to transcend vocal genre. Bluegrass, roots, rock, country, pop, blues, jazz--it seems the girl could sing it all brilliantly. In 2008, at the age of 18, Ms. Beaton won “Young Performer of the Year” at the Canadian Folk Music Awards. And JKS's latest release, This Unknown Science, is a testament to her vocal facilities.


This young band's hybrid music illustrates their mastery of genre melding. Bassist and Brooklyn resident, Bridget Kearney, who double majored at The New England Conservatory of Music and Tufts University, wrote all of the eleven songs on This Unknown Science, and has garnered much acclaim, having won the John Lennon Songwriting contest in 2006 for two songs she penned. Guitarist Matt Arcara, banjoist Wesley Corebett, and mandolin player Jacob Jollif (a Berklee College of Music grad, highlighted--as first mandolinist--in this Berklee performance) have all been honored in the music world.  More in JKS's bio here. And lots more from YouTube here.

Stay with this heart-tug of a song until the end--it's worth it:


Oh, I believe the stream has slowed to a pleasant ripple. I think I might even take out my banjo.

Fair winds my friends!
Posted by Jayne at 5:55 PM