Smuggling Sleep and Other Stuff 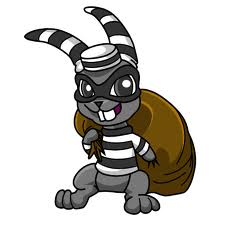 And this:  “Sleep Deprivation Increases Risks of Strokes, Heart Attacks”—a headline that Coyote Prime posted on his blog, which is an extraction of written passages, stories, aphorisms, and any other newsworthy, noteable, quotable material. (Coyote—a smuggler is what he is, and a good one at that.)

Well, no kidding. And migraines and sinusitis, too. Can you add that to the headline Coyote boy? And I'll bet getting sugared up on Jelly Belly's doesn't help much, either. But that's what I'm doing right now, to keep my eyes open, because I've gotten so little sleep (and bone-dry mouth from a daily Sudafed diet) in the last few nights that perching myself on the swivel, poking keys, and thinking in this condition may very well place me in a near perilous position. So this may be short.

My little muse has gone off on a three day excursion with her school-mates. Every year the middle-schoolers set off to a semi-remote location to get some hands-on environmental education. Where she is right now, on a couple thousand acres of forest, farmland and lakes, is also a place that provides a retreat setting for adults. Hmm, no wonder there's no lack of parent and faculty chaperons. She will be sleeping (using that term lightly) in a heated knotty-pine cabin with all her girlfriends, dining on home-cooked comfort food by a fieldstone fireplace, running outdoor challenge courses in the snow, tapping maple trees for syrup, roasting marshmallows by the fire, and learning about how animals adapt to cold winter months, and about a thing called hibernation.

Sounds pretty good, huh? You know what the best part is? As a condition precedent—and as a sort of right-of-passage—to this excursion, the children had to leave all electronics at home, including iPods, Kindles, radios, laptops, flashlights, electronic games of any sort, and cell phones. That is the short list. What they were permitted to take along: non-cyber books, journals, teddy bears and other fuzzy luvvies. Ah, nothing like getting back to nature with spined paper leaves and Teddy in your arms.

And what all of this means, what is even more fabulous, is that perhaps tonight, tonight will be the night of full-on sleep. Not to put my insomnious issues on my little sprite, but sometimes she does wake me from a deeply satisfying delta or a rather pleasurable REM, if you know what I'm saying. See my muse doesn't slumber, forever gets up with a novel idea bobbin in the noggin, why she may even be... *ha! moment of realization* ... is it possible?... a.... somnambulant-somniloquist!—talking and walking in her sleep—and as I work this all out in my fuzzy head, I'm thinking I should maybe get her tested. Really, she ought to have sea-legs in the morning, swaying all night like she does. You can get away with little sleep and sea-legs when you're eleven, but hell doth loosen when you're considerably older than that. But tonight, tonight is my repose.

Only... the last time my daughter went away for an extended time, a weekend in New Jersey to visit her Gramps and K and her adorable year-younger, half-aunt partner-in-crime, she called me three hundred times. Ok, well that's a bit of an exaggeration. She was, after all, with the kindred spirit (to whom she refers as her "cousin", a sly attempt to preserve the pecking order), the one who can party down like no pre-teen's business—'xcept for the muse herself. Rock and roll all day and night, those girls cut a path of chaos like a double typhoon. Truly, truly adorable. 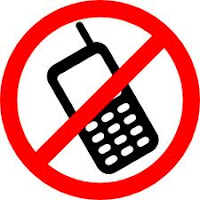 A promising tidbit, which I happen to know for a fact by way of my other muse—the bigger one, the quiet, artistic one, the happily-lives-in-his-head one—who has also been on this very school trip, that students are not allowed to call home unless, and only in the rare case, of an absolute emergency. And should anyone not obey packing list orders, they'll be shipped back home on the next bus. That little man also left on a Wednesday and we didn't see or hear from him until he returned on Friday evening. But he's a by-the-book kind of guy. He doesn't prescribe to the "rules are meant to be broken" theory (although it happens on occasion). He wouldn't think to smuggle a phone in his duffel.

Here's the thing: My daughter is my son's polar opposite, a precocious provocateur. She'd think to smuggle in her cell phone. She'd find the slice between the lining and shell of her suitcase and slip her phone right in. She may even be packing a flashlight. Then, again, she'd hate for the fun to end prematurely. But that phone.

She wouldn't have. Would she?

You know what one of the biggest causes of insomnia is? Anxiety. Stress and anxiety. Not muses. Prowling the internet, I can't pull up "muse" anywhere as a reason for sleep disorders. Try it: muse + sleep disorder. Although, Mommy Muse Blog does solve your sleep problems via the ”Pantley Pull-Off” process—or, How to get your newborn to sleep. (Oh, how I loathe the How-To.) Yep, anxiety. And here I am going on about hoping to get some sleep, praying I won't get a middle-of-the-night call. Enough.

I'm gonna go slip on my Coyote clothing and smuggle me some sleep. 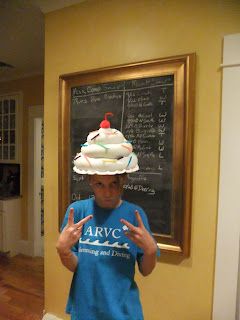